The Civil War resulted in the death of over 600,000 Union and Confederate soldiers.

There stood the surgeons, their sleeves rolled up to their elbows, their bare arms as well as their linen aprons smeared with blood, their knives not seldom held between their teeth…..a wounded man was lifted on the table…..the surgeon snatched his knife from between his teeth…..wiped it rapidly once or twice across his bloodstained apron, and the cutting began. The operation accomplished, the surgeon would look around with a deep sign, and then yell…..NEXT!!!!!

The theories of germs was not known at the time of the Civil War. The surgeons’ instruments were not sterilized, surgeons did not wash their hands between patients, conditions for amputations deplorable, and bandages were not sterile. Even though these conditions were not the best, soldiers still survived the amputations. Disease killed more soldiers than the bullet. Dysentery was the main disease for the cause of death. The soldier faced many other diseases like: measles, smallpox, malaria, and pneumonia to name a few. A lot of the disease was caused by poor food or water, poor clothing, camp hygiene, and the weather. 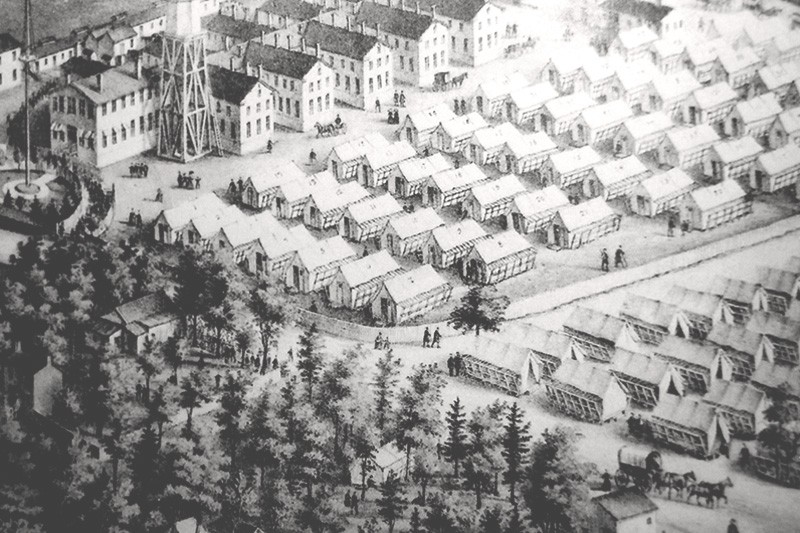 Limbs where bone was damaged beyond repair, or destroyed, or missing was amputated. If gangrene was present, the limb was amputated within 24 hours. Limbs were only amputated as a way to save a soldier’s life and was left to the discretion of the surgeon. A good surgeon could amputate in about 7 to 8 minutes. Laudable pus formed in the wounds and was considered a necessary step in the healing process. Chest and abdomen wounds were considered fatal. Surgeons’ knowledge of internal medicine at that time was not enough. These cases were made comfortable by a tree, laid down somewhere, and given whiskey to ease the pain. 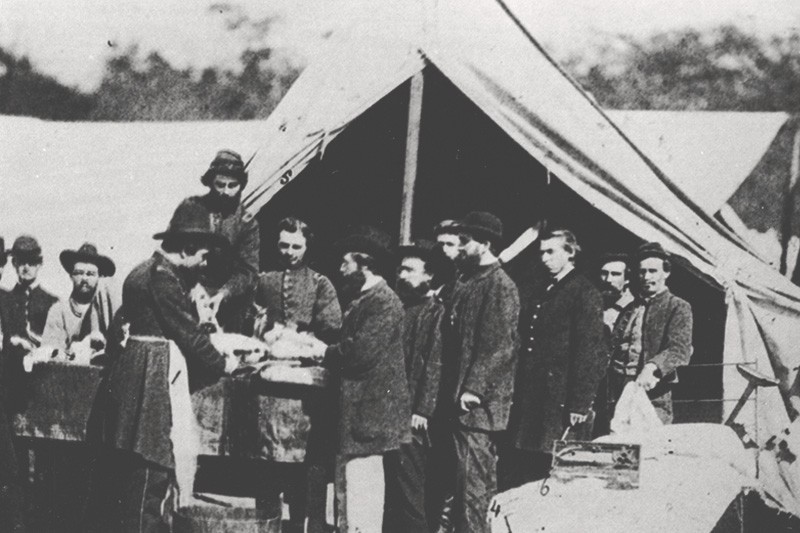 The Civil War resulted in the death of over 600,000 Union and Confederate soldiers. More Americans died during the Civil War than in all the wars which they have fought to date, combined. Two-thirds of these deaths were caused by disease, one-third resulted from battlefield injuries. That is to say, for every soldier injured on the battlefield, two soldiers died from disease. Union doctors treated almost a half million cases of illness. Surgeons in the North and South performed nearly 50,000 amputations and a half million men came out of the war permanently disabled.